Gluten-free options are a common sight on menus. But, you probably didn't give them a second thought until one of your children was diagnosed with coeliac disease. There's a learning curve to dealing with such a diagnosis—especially when discovering which foods are acceptable and which are unwise. So what about sweet treats from a bakery?

Baked goods are a potential minefield for someone with coeliac disease. After all, most baked goods have gluten, which is a variety of proteins (primarily gliadin and glutenin) found in wheat and other grains. Some people have a gluten intolerance, so consumption of the proteins in question will trigger abdominal pain, bloating, and flatulence. It's unpleasant instead of debilitating—which is what coeliac disease can be.

Coeliac disease is an actual allergy to the proteins found in wheat and other grains. Your child can't digest these proteins, and their body's attempts to do so would cause great discomfort. Undiagnosed coeliac disease can result in serious damage to a person's digestive system, and your child's diagnosis may have come as a relief. At least you discovered what was causing your child so much ongoing discomfort after eating. But the diagnosis can create a few complications moving forward since there are some crucial dietary limits that must be now followed.

So how can these limits be applied to cakes? After all, most cakes must be baked, and baking involves flour, so how can it be avoided? As mentioned, gluten-free options are becoming increasingly more common as awareness of coeliac disease and gluten intolerances becomes more widespread. You can attempt gluten-free baking in your own kitchen, but when the occasion calls for a baked sweet treat, you may find things to be far simpler if you find a local cake shop that offers goods suitable for someone with coeliac disease.

Professionally made gluten-free cakes are generally superior to those made at home. There's a precision to it, which can be difficult to replicate at home. The primary grain in a recipe (which is flour, made from wheat) is generally substituted with a gluten-free option, such as flour made from corn, rice, or buckwheat (which actually isn't wheat). These wheat-free flours result in a far denser batter, which is where the precision of a professional baker becomes important. The batter must be properly aerated so that the cake is sufficiently fluffy and tasty.

Once you find a baker who can make delicious gluten-free cakes that taste no different from their gluten-rich equivalents, you might count yourself lucky. All your child's future birthdays are now covered. 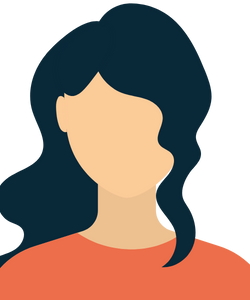 If you love pastries, cookies, cupcakes and bread but don't always have the time to make them yourself, your local bakery can be your saving grace. Whether it's special occasion baking for a wedding or birthday cake or everyday treats for family dinners and festive get-togethers - a bakery has something for everyone. Read on to find out what services a typical bakery offers and how they can offer relief in an otherwise busy schedule. Our amateur contributors have worked hard to bring you all of the latest advice and tips so you can get the most out of your next visit.